Q.    How do I report mosquito problems?

A.    You should call 802-247-6779 and speak to a representative who will forward your information to our spray coordinator.

Q.    How long between when I report mosquitoes and when I can expect a spray truck in the area?

A.    Depending on the District’s current need for treatment and your location with regard to current route treatment, you may receive treatment that evening or it may take several days. Please keep in mind that there are many elements contributing to the progress of treatment. First and foremost, weather conditions have the biggest impact. Temperature, rain, and wind all have significant effects on our ability to treat for adult mosquitoes. And we also have regular spray routes to cover during especially busy times. Finally, by law we cannot treat a given area more frequently than every five days.

Q: How do I request to not be sprayed?

A. Send a letter annually to P.O. Box 188 Brandon VT. 05733. Submit a detailed map of your property, such as a tax map, to request being designated as a “No-Spray Zone.” Typically this is done before the start of the mosquito season, but No Spray Zones can be added at any time,

Q.  Who are the sprayers?

A.   The sprayers are people just like you! They have studied and passed State of Vermont exam 7B, Mosquito & Biting Fly control. Employees must be licensed in order to apply pesticides.

Q. Is the spray hazardous to my health?

A. Since its inception, the Environmental Protection Agency (EPA) has regulated mosquito control through enforcement of standards instituted by the Federal Insecticide, Fungicide, and Rodenticide Act. This legislation mandated documentation of extensive testing for public health insecticides according to EPA guidelines prior to their registration and use. These data requirements are among the most stringent in the federal government and are met through research by established scientists in federal, state and private institutions. This process costs a registrant several million dollars per product, but ensures that the public health insecticides available for mosquito control do not represent health or environmental risks when used as directed. Indeed, the five or six adulticides currently available are the selected survivors of literally hundreds of products developed for these uses over the years. The dosages at which these products are legally dispensed are at least 100-fold less than the point at which public health and environmental safety merit consideration. In point of fact, literature posted on the websites of the EPA Office of Pesticide Programs, Centers for Disease Control and Prevention (CDC), American Association of Pesticide Safety Educators and National Pesticide Information Center emphasizes that proper use of mosquitocides by established mosquito control agencies does not put the general public or the environment at unreasonable risk from runoff, leaching, or drift when used according to label specifications. (For the federal government’s position on risks associated with mosquito control insecticides, visit http:/www.epa.gov/pesticides).

The safety profiles of public health insecticides are undergoing increasing scrutiny because of concerns with how the specialized application technology and product selection protect the exposed public and environment. In fact, well over 200 peer-reviewed scientific studies in various national and international refereed journals since 1980 have documented the safety and efficacy of these public health insecticides at label rates in addition to their application techniques.

Q. If I am having an outside gathering at my home can I request a treatment for a specific day?

A: Yes! If you are having a large gathering such as a wedding, graduation, family reunion or the like, contact us at least 4 days ahead and we will try to treat your area the evening before, weather permitting.

Q: I am concerned about EEE and WNV viruses. Where can I find reliable information on these diseases?

A: Below you will find educational links. You can also visit the page called “Information Center for EEE and WNV.”

Mosquito vectors lay their white eggs in the aquatic milieu. During early embryogenesis water passes freely through the transparent eggshell, which at this moment is composed of exochorion and endochorion. Within two hours the endochorion darkens via melanization but even so eggs shrink and perish if removed from moisture. However, during mid-embryogenesis, cells of the extraembryonic serosa secrete the serosal cuticle, localized right below the endochorion, becoming the third and innermost eggshell layer. Serosal cuticle formation greatly reduces water flow and allows egg survival outside the water. The degree of egg resistance to desiccation (ERD) at late embryogenesis varies among different species: Aedes aegypti, Anopheles aquasalis and Culex quinquefasciatus eggs can survive in a dry environment for ≥ 72, 24 and 5 hours, respectively. In some adult insects, darker-body individuals show greater resistance to desiccation than lighter ones. We asked if egg melanization enhances mosquito serosal cuticle-dependent ERD. Species with higher ERD at late embryogenesis exhibit more melanized eggshells. The melanization-ERD hypothesis was confirmed employing two Anopheles quadrimaculatus strains, the wild type and the mutant GORO, with a dark-brown and a golden eggshell, respectively. In all cases, serosal cuticle formation is fundamental for the establishment of an efficient ERD but egg viability outside the water is much higher in mosquitoes with darker eggshells than in those with lighter ones. The finding that pigmentation influences egg water balance is relevant to understand the evolutionary history of insect egg coloration. Since eggshell and adult cuticle pigmentation ensure insect survivorship in some cases, they should be considered regarding species fitness and novel approaches for vector or pest insects control.

Surveillance for diurnal container-inhabiting mosquitoes such as Aedes albopictus (Skuse), Aedes japonicus japonicus (Theobald), and Aedes triseriatus (Say) have routinely relied on the deployment of multiple trap types, including CO2-baited light traps, gravid traps, oviposition traps, and BG-Sentinel. These trap configurations have met with varying degrees of effectiveness and in many instances likely under-sample these key mosquito vectors. Most recently, the BG-Sentinel trap used in conjunction with the human-scent lure has been largely accepted as the gold-standard for monitoring Ae. albopictus. However, its ability to attract other container-inhabiting Aedes species has not been fully evaluated. During 2018, we tested new scent lures, TrapTech Lure-A and Lure-H (Bedoukian Research, Inc.), using BG-Sentinel traps with CO2 in two regions of Connecticut, Stamford and Hamden, against the BG-Lure. Pooled mosquitoes were additionally screened for arbovirus infection. A total of 47,734 mosquitoes representing 8 genera and 32 species were captured during the study, with the Stamford site deriving on average three times as many mosquitoes per trap, adjusting for sampling effort. Lure-A and Lure-H outperformed the BG-Lure in terms of total numbers, diversity evenness, and the proportion of both Ae. j. japonicus and Ae. triseriatus. There were no significant differences among lures in capturing Ae. albopictus, and in terms of species richness. Fifty-seven isolates of virus (West Nile, Jamestown Canyon, and La Crosse viruses) were obtained during the study, with no significant difference between trap-lure. We highlight both novel lures as effective attractants for use in mosquito surveillance=, which either outperform, or equal, BG-Lure. 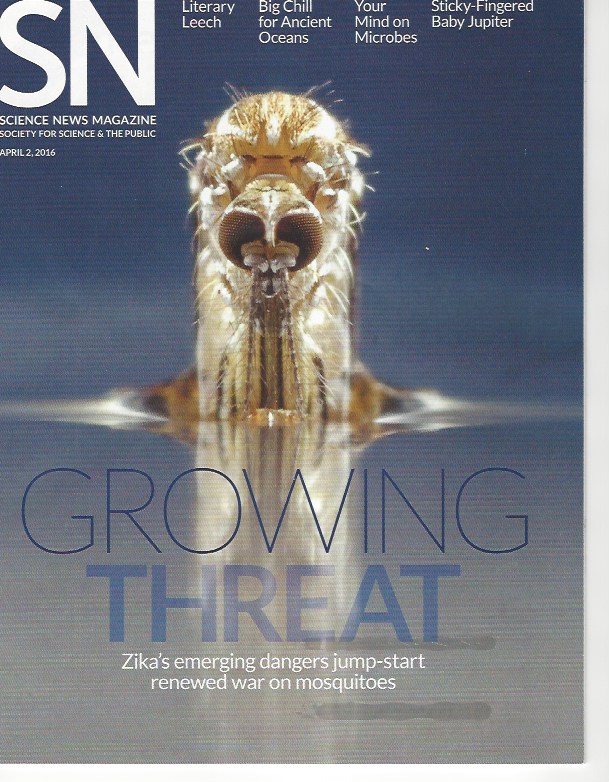 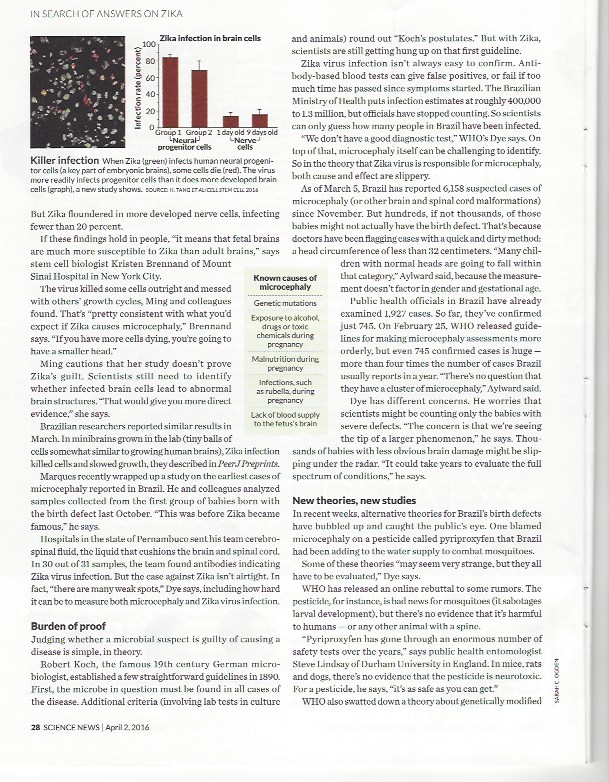 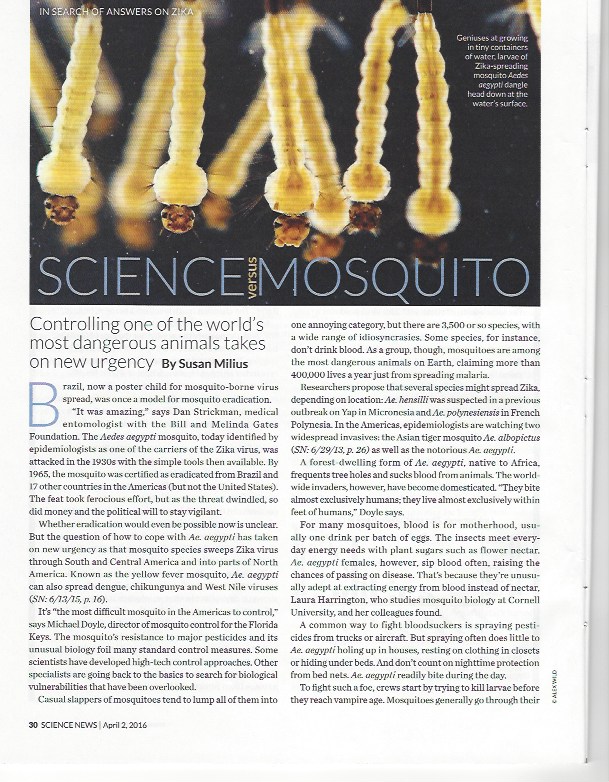 Additional Information regarding the Zika Virus can be viewed by selecting the following links: Info Tropical Arboviruses 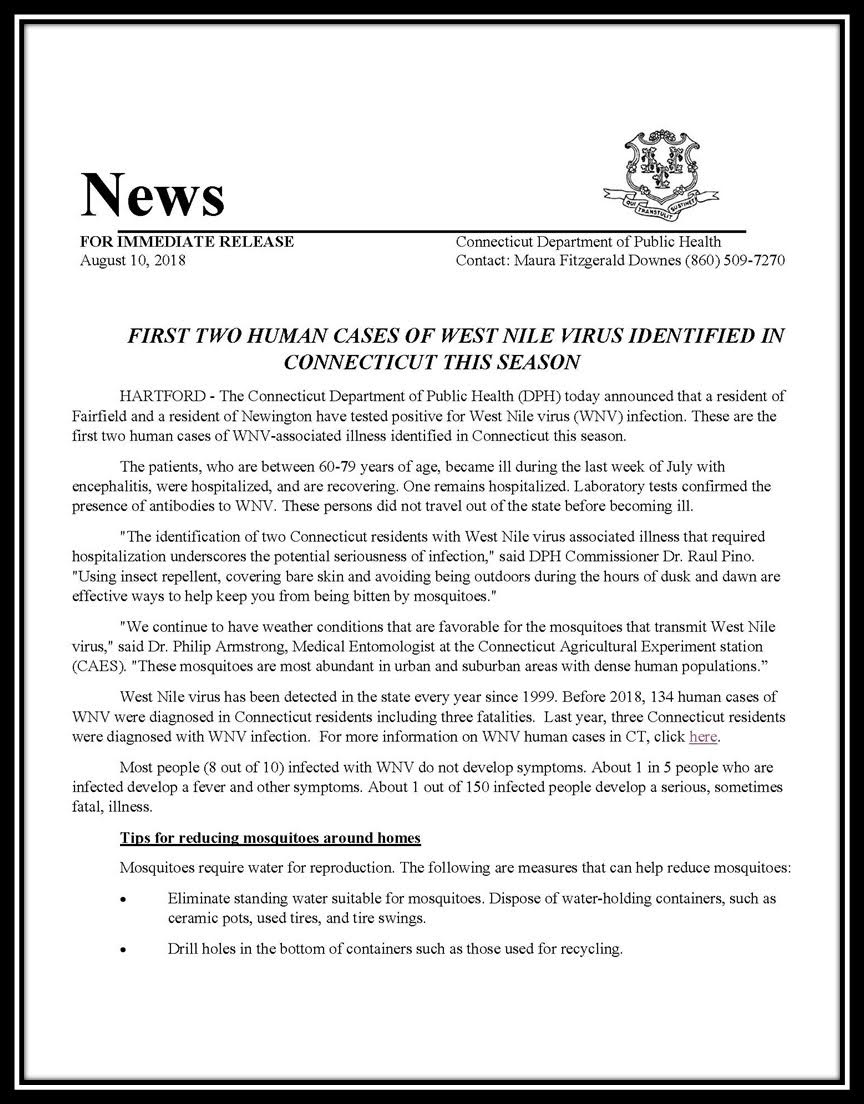 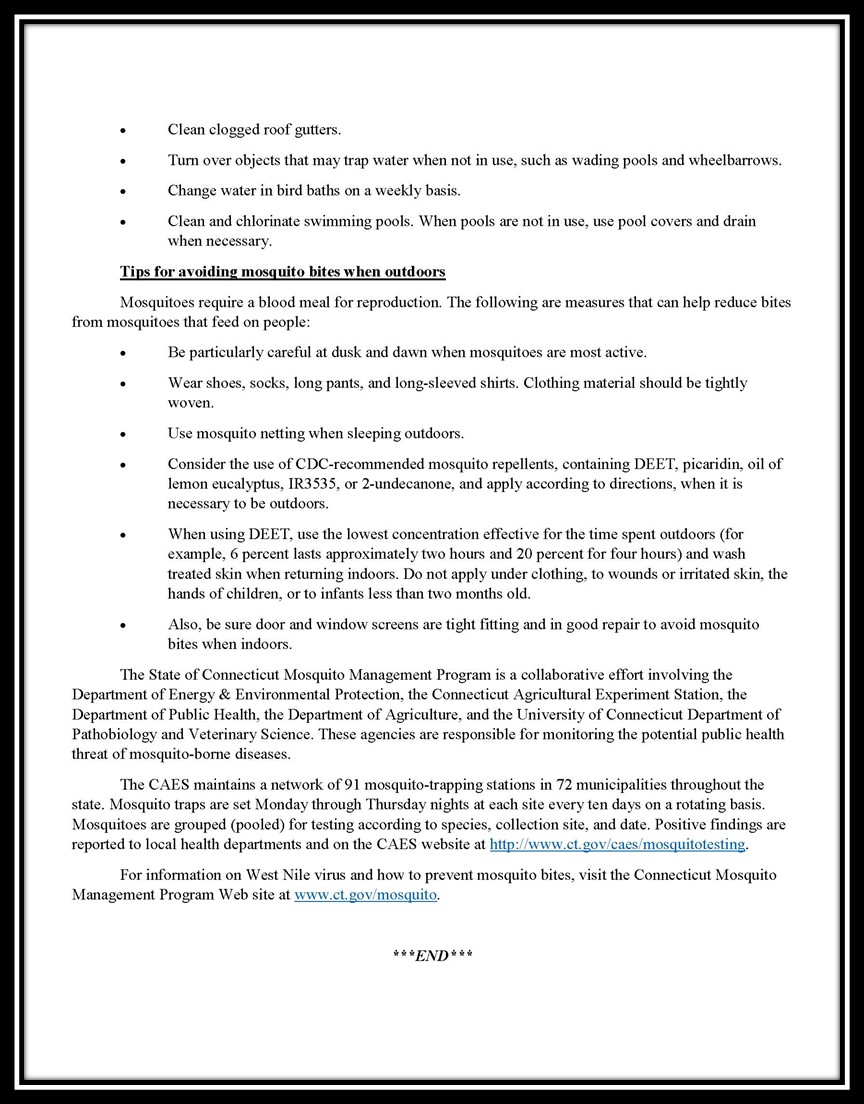